By Gordon Hopkins
An online news outlet, Flatwater Free Press (FFP) recently announced its intention to sue the Nebraska Department of Environment and Energy (NDEE) over a public records request for emails.
Yanqi Xu, a reporter for FFP, has published a series of stories dealing with the problem of nitrates in Nebraska groundwater. One of those stories caught the attention of the Fairbury City Council.
At a meeting on Tuesday, November 1, 2022, the city council discussed how to best to address the rising nitrate levels in the city’s drinking water. That soon turned into a debate over where the nitrates are coming from. Tyler Goeschel, Assistant Manager for Little Blue NRD (Natural Resources District) gave a presentation about nitrates at the meeting and one of the issues he brought up were the health concerns posed by high nitrates, “We all know nitrates is an issue, a lot of health colorations; ‘Blue Baby Syndrome,’ but the cancers are starting to be more known. They’re talking about that a lot more. There was just a big article in Omaha World-Herald.”
FFP was the actual source of that story, reprinted in the World-Herald, and it identifies possible links between nitrates and pediatric cancers, as well as other health issues. The story is reprinted on page four.
Neither the EPA nor the U.S. Department of Health and Human Services (DHHS) has classified nitrates for carcinogenicity, although the Centers for Disease Control (CDC) notes, “A few studies in humans and mice have found cancers of the gastrointestinal tract.”
The EPA’s (Environmental Protection Agency) drinking water standard for nitrates in 10 ppm (parts per million). Water with more than 10 ppm is not considered safe for human consumption.
Fairbury currently relies on the East Wells and, until 2021, the Crystal Springs well, to provide water to the public. Both the East Wells and Crystal Springs have consistently tested in the higher range for nitrates, meaning greater than seven ppm but less than 10 ppm, over the past several years.
According to the CDC, “When products containing nitrogen, such as fertilizer or manure, are applied to land, natural bacteria living in the soil can change nitrogen into nitrate. Human waste from septic systems can also be a source of nitrate. Water from rain or irrigation can then carry the nitrates into groundwater or rivers that are used for a city’s water supply.”
Goeschel said, “Unless something changes with the way people farm…”
Councilperson Bradley Kuzelka asked, “Do they actually have proof that farming causes this?”
“From nitrogen fertilizer,” said Goeschel.
“But they have proof of that?” asked Kuzelka.
Councilperson Doug Brown said, “It was all over 10-11 News the other night.”
Kuzelka said, “I’m trying to figure out why there’s so many nitrates in certain spots and not in others?”
“Well, there’s a lot of variables,” said Goeschel. “Soil type makes a huge difference.”
Kuzelka indicated that, given the use of nitrate fertilizers on farms is more regulated than it used to be, then he felt nitrates in groundwater shouldn’t still be increasing, “If we’re regulating now more than we were then, the trend should be downward.”
However, according to Matt Wynn, Executive Director of the Nebraska Journalism Trust, which launched and funds FFP, “We got a tip from a well-placed source that regulators aren’t really regulating.”
Xu filed a public records request with NDEE to verify those claims. Wynn indicated NDEE has not denied the request, “But that verification process was thwarted by NDEE, who circumvented our reporting by using an increasingly common move from recalcitrant public officials’ playbook: The department asked for an absurd amount of money.”
The amount cited was $44,103.11.
Xu asked for a keyword search of emails, looking for “nitrate,” “nitrogen,” “nutrient” and “fertilizer.” Wynn wrote in a statement, “The thing that will take time, the laughable reason fulfilling our request would cost more than Omaha’s per capita income? The NDEE believes individual employees should make an evaluation of whether their own emails can be legally withheld.”
According to Wynn, this amounts to having NDEE staff make a legal determination.
Wynn noted that, while Nebraska’s public records allows for a fee to be charged, it also states, “the fee for records shall not include any charge for the services of an attorney to review the requested public records seeking a legal basis to withhold the public records from the public.” 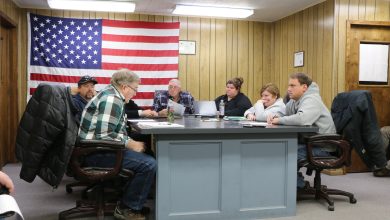 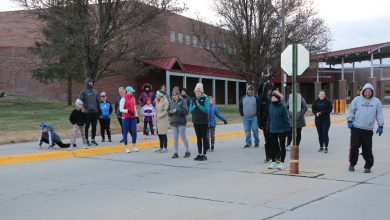 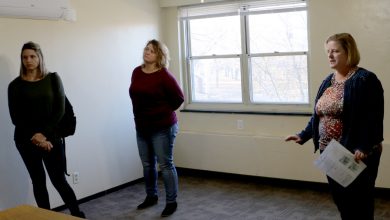