By Gordon Hopkins
The Fairbury Housing Authority is looking to obtain funding for the construction of rental properties in the city.
Twilya L’Ecuyer, Executive Director of the Housing Authority, spoke at the Fairbury City Council meeting on Tuesday, August 16, to discuss the project, “I’m here tonight to share with you a project that I’ve been working off and on with for several years, and I finally have a funding opportunity that I’m pursuing, that I think is in the best interests of Fairbury.”
A grant is available through the Federal Home Loan Bank. L’Ecuyer said, “We’ve had grant experience with them in the past. So, this is a known funding source that we’ve worked with that would provide us $75,000 in the construction costs up to a million dollars for a project.”
The Housing Authority currently operates Parkview Apartments, a 60-unit, income-based housing complex located near Fairbury City Park. L’Ecuyer explained this would be a different sort of endeavor, “This is a complicated project. But this is what’s called a mid-low. As public housing, with ParkView, that’s low-income housing. Mid-low is a little different in that it takes into account the population I serve. And it also goes beyond what I’m able to serve with my income limits of the Housing Authority.”
“We’re talking around 14, 15 rental properties,” said L’Ecuyer. “What we envision is one triplex and then about six duplexes.”
As the country continues to struggle with a labor shortage, a lack of adequate workforce housing has proven to be an impediment to rural communities trying to attract new workers. Local communities have been pushing for new housing, particularly “middle range” housing, not too cheap and not too expensive, that he believes is essential for economic growth.
L’Ecuyer explained that was the goal of this project. She said most of the proposed units, “Would fall in between somewhere between the 50 percent of AMI (Area Median Income) and 80 percent of AMI. So that’s where we would keep it. This would include your workers at places like Endicott (Clay Products), Westin Foods, the hospital as far as dietary aides, housekeepers, your nursing home workers. These are working individuals that this would impact, families with children, single parents with children, maybe an aging parent.”
It is the intention of the Fairbury Housing Authority to retain ownership, maintain and manage the new rentals. L’Ecuyer said, “So, we would be managing the property, and using some of the guidelines that we use with public housing, that allow us to set certain standards. But at the same time, it’s meant to provide that gap the housing that simply doesn’t exist in Fairbury.”
The rentals could also provide a revenue source for Parkview Apartments.
As far as locations of the new rentals, L’Ecuyer said she would prefer to see the units scattered throughout Fairbury, rather than clustered in a single location, “When you look at both the principles that HUD (United States Department of Housing and Urban Development) speaks to but then also the Federal Home Loan Bank, they kind of value this being scattered and mixed in to the general population.”
Mayor Spencer Brown has been focused on workforce housing and indicated he was supportive of the new project. The city has also been heavily involved in the tearing down of blighted housing and would like to see the city donate some of this property for the new units, “I’d like to think that some of these properties that the CRA (Community Redevelopment Authority) is going to start obtaining here over the next few months, that those properties would fit very, very well under this program and would be donated into this program.”
This project is separate from discussion the city and Jefferson County have held with City/County Solutions and Hometown Housing to improve workforce housing in the area.
L’Ecuyer Said a decision on the grant is expected by December 30, 2022, “At that point, I would be able to sign a contract with the architect that we’ve been visiting with who’s supplied us some drawings.”

The ABC’s Of Alexandria At 150 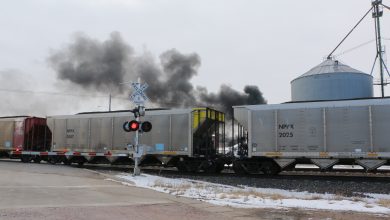 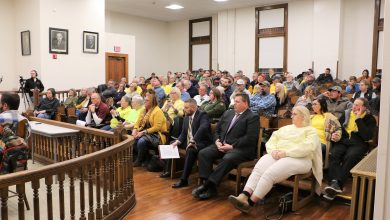 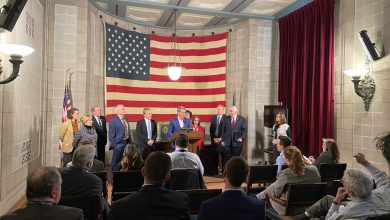 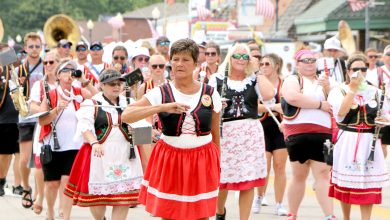